Last year we had the opportunity to visit beautiful Skopje as part of our Balkan tour that later on continued to Albania and Montenegro. I feel that Skopje was surprisingly perfect for our needs at the time. It was early August 2018 when we started our travel from Wroclaw to Skopje. The most cheapest way was to take a bus to Budapest and fly to Skopje from there. After arriving to Skopje we were already in love with the city. The first afternoon we spend having lunch and coffee in the restaurants next to the river tasting local foods, wondering in the city and taking pictures of all possible statutes. In the central square the old meets modern technology in interesting and beautiful way. Skopje has to offer many different sides as we were spending the evening in the old town bazaar and Skopje Fortress listening to mosque near by. 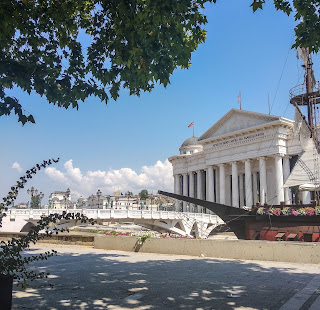 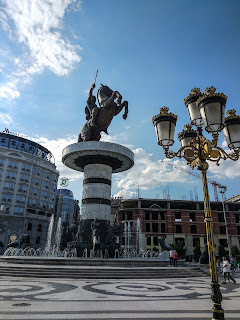 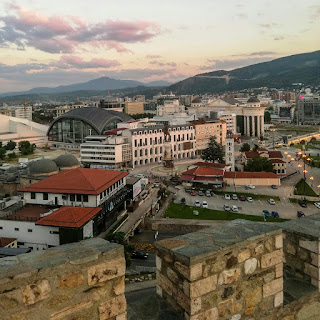 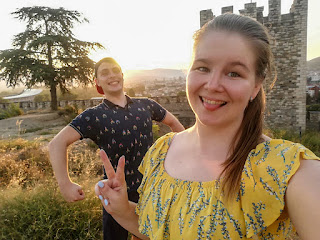 Even though Skopje is a capital city, nature is still close. The second day, we decided to have a trip to Matka Canyon. We took a bus from the main station as a two way ticket. The bus was very full of tourists and locals and there was no air conditioning with the temperature over 35 degrees. We were already tired when the bus finally got to its destination. From the bus stop, it was still quite a walk to the actual canyon. At the canyon there are boat trips offered but we wanted to have a hike and ended up going further than any of the boat tours. The views were awesome! The nature and the canyon were so beautiful. We did not quite realize for how much we were actually walking and we started to get tired. We had plenty of water when we started but in the end we had almost nothing. Finally when we got back to the point where the canyon starts and the boat tours are offered we decided that we are too tired to get back to the bus stop and decided to take a taxi back to the city. Wonderful day! After the trip we had cevapi dinner in the old bazaar followed by some rakija and ice cream for dessert. 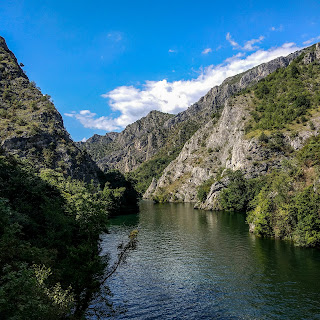 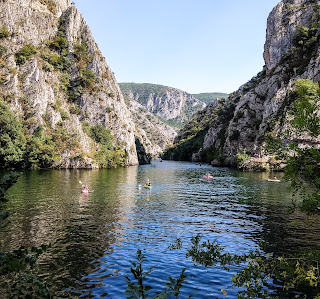 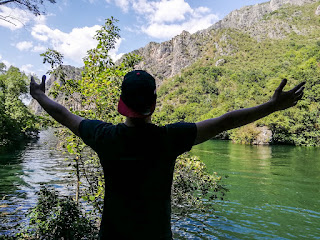 The next day was our last in Skopje. We decided to have breakfast with the locals and headed to the city for some burek with local youghurt. This day was all about relaxing and taking it easy, wondering the streets of the old bazaar and stopping for some tea at least few times. Skopje surprised me, I really fell in love with this city! 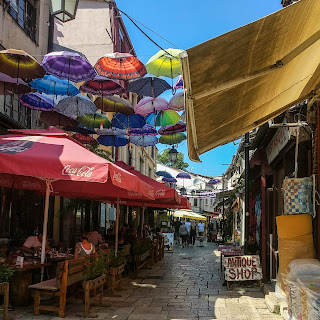 To see and feel Skopje even better, we created a video about our amazing trip:

Being born in Finland is like winning the lottery! Finland 100! 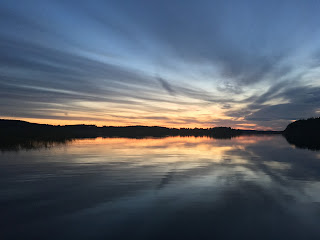 The year 2017 is huge for all the Finns, this is the 100 anniversary of our independence! When I have been talking with my friends, it is hard for them to understand how huge deal this is for Finland. Or how huge deal it is for different brands that have been able to publish Finland 100 products... As a small nation with relatively short independent history, it is very important for us to celebrate this milestone. I have taken part to the celebrations throughout the whole year with the Finnish School in Wroclaw, but as the independence day is getting closer I feel even more national romanticism than before. Last weekend we enjoyed a nice dinner here in Wroclaw as the restaurant HINT! had a Finnish menu for a week. Even when the food was not perfectly "Finnish", it was still amazing!

Our Honorary Consul in Wroclaw is again organizing independence day dinner for all the Finns living in the nearby areas. This dinner will be the crown on my independence day celebrations! The City Hall of Wroclaw will be lighted up in Finnish colors to congratulate the 100-year-old Finland! #stolatfinlandio Next year it's your time Poland!

There is a one question to be answered... If Finland is so perfect, why did I decide to live elsewhere and leave this winter wonderland behind? It is easy to talk about this topic in general terms but when getting into more personal questions, things come more complicated. I will always be a proud Finn and I will always love Finland, I just felt and still feel that there are more possibilities in life for me in somewhere else. For now the place is Poland, but I am always open for change, I am not afraid to take chances. I have SISU!