Finally it is time to tell more about my studies. This is my second year in the University of Wroclaw studying international and European law. After the third year I will be Bachelor of Laws and I will continue my studies in the field. International and European law may seem to be something not understandable if you don't know what does it mean, so maybe it is better to open what does it mean and what do we actually study. We study public and private international law, for example right now we are having classes about dispute settlement. From European Union law we are right now having classes about judicial protection. Our classes are not only concentrated to international law, but also to national laws by comparing them. (I should be preparing for my part of criminal law presentation that is comparative work while I'm writing this... :D) Generally when we are talking about specific national law it is easier for the professors to talk about Poland as an example from continental law countries. 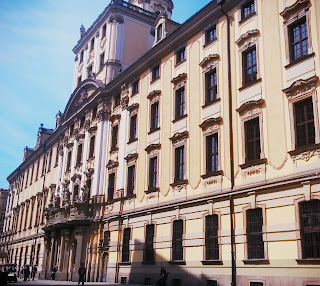 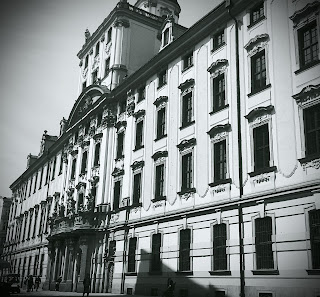 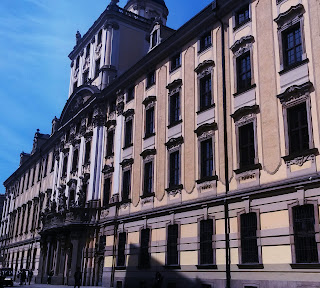 What I was expecting from my studies?
I was expecting that I would get everything that I will need for international legal career. I didn't want  to study any specific national law as I don't know from where I fill find myself after 10 years or so. I was expecting that we should learn some legal acts by heart but luckily we don't need to remember a specific number of a certain article. We need to remember the content in general and we need to know how to interpret it. In general my expectations about the studies are met and I feel that it gives me a great future.

What do I think about my study group?
Before I met my group I was hoping that there would be a lot foreign students that I wouldn't be the only one speaking only English. In the end, I'm the only foreign student from European Union. Rest of the foreign students come for example from India or Azerbaijan. I feel more connected with the Polish students and after the beginning I haven't felt outside as they are always speaking English with me. I also learn more and more Polish so it is not a problem if somebody is sometimes speaking Polish.
Our group is very small. Together we have about 30 students but there might be some classes that only 5 students show up. We are not having our classes in these huge lecture halls but in smaller class rooms and sometimes even in the professors office if there is only few people coming. In the beginning I was hoping that our group would be bigger but now I love it that we are able to have closer relations with the professors when there is only few of us (compared to 100 students in a lecture hall). It is easy to ask questions and present opinions.

What is the level of English?
Many people have asked me how well the professors are speaking English. In general I'm satisfied but some of the professors can not speak English in the level that I was hoping. In our faculty it is not such a big problem but for example in my language classes I was disappointed when my class is supposed to be in English but then the English is only rarely used. Also in the physical education the teachers were not speaking English at all. The majority of other stuff in the University other than professors are not speaking English, that is why we have for example in the student office a couple of named persons to take care of our things. Still I feel better if my Polish friends will company me to the student office as I never know when the English speaking once are there. 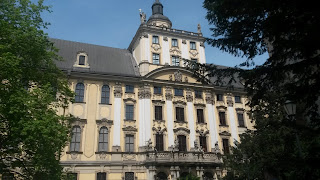 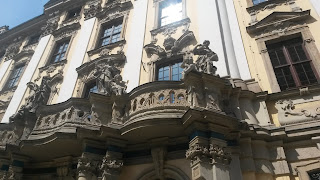 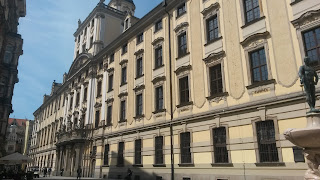 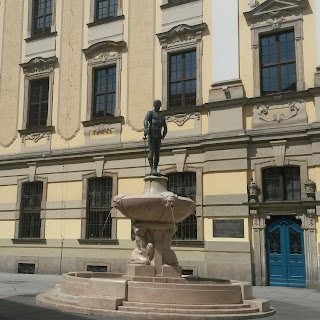 The weather is so great now that I didn't want to spend the day inside doing my school stuff. Solution, I brought everything to our balcony and now I'm here! :D