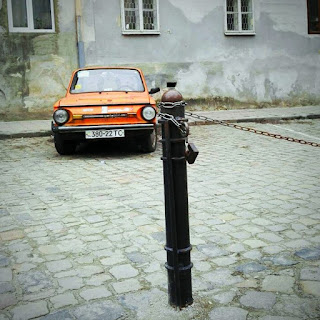 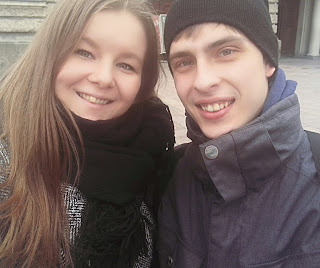 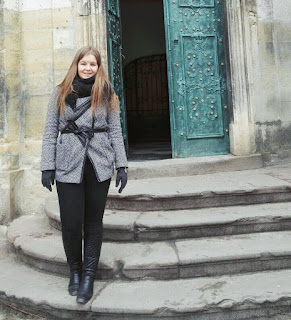 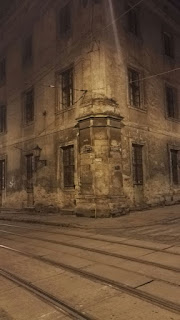 Last weekend, the last weekend of February was the first weekend this year that I was able to relax. January and February were full of studying and working. My boyfriend had a dancing competition with his partner in Ukraine and I decided to go with them. We had a nice small group going to Lviv. The competition was on Saturday and we wanted to stay for Sunday as well to go sightseeing. Saturday was a great start for the weekend as my favorite dancing pair won the competition! ;) After the competition we went for dinner to this amazing meat restaurant. The theme of the restaurant was torture but the food was nothing like torture, it was delicious! After the dinner we decided to stay in the city center for drinks.

Lviv is something very different from Poland or Wroclaw. Everything seemed to be old: buildings, cars, everything. The roads were in such a bad condition that I felt like jumping and hitting my head in the bus. Nobody was speaking English in there, I tried to communicate in English, Polish and showing by gestures and then I got understood. I wouldn't have survived without knowing any Polish. However, I really enjoyed the city. It was something different from the places I have visited before.

On Sunday we were walking around the city. We ended up eating in a restaurant that was very nationalist, we needed to say some password in the door before getting in (Ukraine first or something like that), people were singing nationalistic songs and the decor was Ukrainian military oriented.

On the way back from Ukraine we spent 6,5 hours in the Ukraine-Polish border. The bus was full of people, there were no extra places and the air was very bad. It was interesting to see what everybody needed to do to get in to the area of the European Union.

I came sick during our trip, so this week has been mostly resting. I wanted to go out so bad and enjoy the beautiful spring weather. I hope next week will also be as sunny and warm!